I am excited to offer on-line services:

I will continue to do my main work of customizing projects for evaluation, research, facilitation and historic or natural resources interpretation. I enjoy consulting with people who are developing projects and funding proposals, and those who need extra horsepower on a project requiring research, communication, evaluation and facilitation skills.

I have worked in conservation for 44 years and on projects as diverse as forestry, prescribed fire in wild lands, urban-wildland interface for fire prevention, invasive species control, all things prairie, soil and water conservation and I know the coolest wildlife folks ever! I have experience with cash rent farming, working with a tenant, cover crops and strip till, and have listened to the stories of more than 3500 women landowners across many states for more than 14 years. 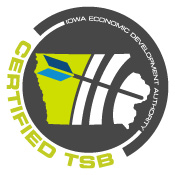 Honorary Lifetime Member of Iowa Association of Naturalists, named in 2022

1st place in Interpretive Curriculum, Media Awards  from the National Association of Interpretation for curriculum developed  for Women Caring for the Land for Women Food and Agriculture Network.  2013.

Frederick Leopold Award for outstanding contributions to  environmental education in Iowa by business, industry or labor. Awarded  to E Resources Group by Iowa Association of Naturalists and Iowa  Conservation Education Coalition in 2013.

Excellence in Interpretive Support, co-awarded to Eells and  Grudens-Schuck by National Association for Interpretation, Region V  (north central US and Manitoba) for evaluation support of environmental  education and interpretation. Awarded at Workshop in Dickinson, ND,  April 13, 2007.

Outstanding Achievement award given by the National Conservation Committee of the National Society of the Daughters of the American Revolution in 1995.